Status
Not open for further replies.

Are you a native English speaker? Yes

Do you have prior gaming community management experience? Yes

If yes to the previous question, please indicate where you acquired this experience and for how long. You may also explain what your duties were in this position. Well, i do know how to work with SourceMod plugins as long as i know what plugins are installed in servers that i play. I know basic stuff like banning and kicking people with reasonable reasons, but also know more commands that could be helpful. I make servers and add various plugins to them to test them out and somewhat train myself. I know how servers work and i hope i can do good.

Why are you applying for admin? To help the community get rid of what's bad and could break the rules (such as hackers, micspammers, etc.). I know this is said by many people, but i can assure you that i am very active on community servers. I have experience in administration from mainly servers made by me (because i never got to be an admin/mod on any other community on TF2, excluding my servers). Mind that i barely play on DeathRuns, Jailbreaks and VSH, but i do know some rules. I promise that i will learn all of the rules so i will be a good admin/mod. To be honest, i've never been an admin/mod on any servers (except for mine) on TF2, but i am aware of what i can do for this community. I am mostly active on TF2 nearly 24/7, unless i would possibly go and play with friends other games or just on other TF2 servers, but what i can somewhat guarantee is nearly immediate assistance and administration against rule breakers or, for example, arguments between players. I've always been looking for a community to accept me as a staff member and i'd be always happy and active to help this community if i get accepted.

I am sorry for the delay.
I will be taking a look at your application today.

From looking at your chat logs, they seem okay.

We don't punish by kicking players since they can, they just re-join the server.

For the times you have put; the minimum amount of punishment time should be an hour since"10" minutes would not be sufficient.

For "Racism/Homophobia", "Toxicity", "Chat Spammer" ,and "Mic Spammer we do not ban for articles that would be sufficiently remedied by a mute or a gag.

I see that you have joined the discord a while ago, however you are not that active since you last message was on 24/09/2020.

"Do you have prior gaming community management experience? Yes"

Do you have any evidence of being in this position and will you be able to provide it?

The reason for the minimal playtime on those servers is that i was playing other games as well, i've been on other communities since i am mostly active on a lot of communities, trying to find something new to play and sometimes playing with my friends or alone.

The reason for my slow ban/mute/gag ladder is because i want to give them a few chances for them to correct their behaviours. If that doesn't work, i will step up a notch if necessary.

The reason for my poor activity on the Discord server is because i have a very poor memory, even if that's not really a good excuse, even if i actually have a problem forgetting even the simplest things most of the time. Another reason is because i rarely come upon talking to people on Discord from TF2 and also because i am in so many Discord servers that i barely have time for all of them. i will soon leave the ones that i can and try to make more time for the Cutiepie Discord server. Either way, i try to be as active as i can on Discord. I also get many people talking to me either in DMs or servers since i am most likely to get mentioned randomly for something.

I can show some evidence with the servers i have installed with all of the plugins and all, if that's needed. I know it might sound like advertising, but i can still prove that i know some useful plugins and all from my own servers and even other servers from the community (mainly ones that allow players to have free VIP perks like resizable hands, torso, head and even yourself, /ccc, all the basic commands that come with SourceMod itself like /slay, /slap, /kick, /ban, etc.); i mostly use "sm_<command>" in either my client console or my server console to like hide what i do better, even if '/' mostly does it already, just trying to be extra hidden. I can also track someone's IP easily (using the TFStats website provided from CTP.TF and my own past knowledge of good ol' "View Players" from within the Steam Overlay in-game). I know many ways to secure the community when it comes to dealing with rule breakers.

The reason for my slow ban/mute/gag ladder is because i want to give them a few chances for them to correct their behaviours. If that doesn't work, i will step up a notch if necessary.
Click to expand...

While I understand that is the punishment ladder that you prefer, please adjust your punishment section with the feedback Dotto has provided above.

Have a good day,
Practical

Practical said:
While I understand that is the punishment ladder that you prefer, please adjust your punishment section with the feedback Dotto has provided above.

Oh alright then, can i just edit the application or something? I mean, that'd be weird or something, so i will just post it in this reply.

Admin
Mod
Thank you for the response

aya shut the fuck up
snek!

If given the chance to be staff here, you are expected to represent the community.
Looking at how you interact with other communities how can we trust you with administrative powers?

Dotto said:
Also looking at other community servers you seem you have quite the temper

aya shut the fuck up
snek!

what the fuck is this shit
XF| snek i am just angry since i can't get my revenge on some retarded fucking asshole
XF| snek you must be pretty retarded to think that
Click to expand...

Well, those are some old messages when i was angrier and more sensitive about getting killed in a videogame back then (even if "back then" was basically a few months ago to 1-2 years ago). I had some bad anger issues and i wasn't very good at the game back then, unless i was talking towards hackers and people that were annoying me so much because i couldn't kill them. It's all pretty much in the past now, these days i am more calm and collected unlike my past self. I really don't know how i got that toxic before, but i can ensure you that i have changed a lot since then.

Some of the reasons i've been banned with weren't actually true, but i didn't want to anger the staff members or anything, so i just let them ban me. There was once when i had enough of a player (that i am not gonna mention) that was doing the "medic + sniper" tactic that really annoyed me the most to the point where i reported them for being toxic towards me first, then i got banned since i was AFK. So yeah, i also got banned for someone else's broken rules. I've also been banned for exploiting and stuff like that, but sometimes i actually wanted to do it to test exploits out to see why it's bannable. One of the exploits that i made before was when WLN added /friendly mode to Minecraftworld A7 servers. The exploit was basically going friendly mode, using an enemy to get stuck in while slowly making your way inside of the base.

The part where i insulted UltimateAya was when they were continuously spamming our names in chat and we couldn't mute them or whatever since BLW didn't have a plugin that could allow us to ignore people both in voice and text chats or just separate. They wanted continuous attention from like 3-4 people and basically most of us basically said the same thing to him, but not as bad. Also, the moment i said "what the f*ck is this sh*t" was when i encountered a glitch or exploit that i don't quite remember, not because i was angry towards a player.

So yeah, this time around i learnt that getting angry at a video game is pointless since it didn't affect me in real life in any way, so i just learnt how to get calmer and be less disrespectful when getting killed or getting kills from players.

I really like TF2, despite what happened with me in the past. It's a great game that i can never stop coming back to it, no matter what i do. It has that something that always keeps you playing it like new maps to try, new people to encounter, new tactics or skills to learn, new stuff to try in general. Being an admin on a community was my dream since basically before i started being so toxic on Wonderland. Back then i was just a normal player, or just a player with some worse anger issues than most players in TF2. At least i learnt and tried to be less toxic over the years, eventually controlling my temper better and playing the game better. Now since i am better at sniper too, i can easily forget about getting angry since i am good enough to prevent that now.

I've always dreamed of being an admin, but i knew that with my current state of behaviour i couldn't make it far. Now i am pretty much ready to move from all that has happened in the past, despite how toxic i was or how many rules i've broken. 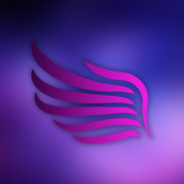 Defunct as of 2022; maybe the future will behold some activity? Stay tuned.. ★ Forums ★ Servers ★ Discord


We also found another permanent ban from Elysium.tf for "Advertising other servers; already permanently banned on sister community".

How can we trust you not to do this as an admin?

Admin
Mod
After some discussion with the CTP staff team we have decided to decline your application due to your behaviour in other communities.


Feel free to continue playing on the CTP servers.

Status
Not open for further replies.